On Friday the 26th of January two teams from fifth and sixth class  represented Le Chéile in the first stage of the annual Credit Union Quiz held in the Drogheda Institute of Further Education. The eight boys and girls had been studying extremely hard   in preparation for the big night. The quiz comprised of twelve rounds of questions which came to a total of seventy two questions in all.

Some of the questions asked were ; name the river in which Cork is situated on , in which Russian city would you find Red Square, in what city would you find the George Best airport, how many countries share a border with Belgium etc. Both of our teams kept steady heads and battled through right to the end. One of our teams came in joined first, and as only one team can progress to the next round, had to compete in a tie-break round where they got pipped at the post.

For their efforts, the team which was made up of Eoin McAvoy, Harry -McCabe Marron, Éabha- Feeney Martin and Emily Murray walked away with thirty euro each and a medal. Our other team also performed brilliantly and they came in at fourth place. This team was made up of Mark Berney, Alex Russell, Eoghan Brady and Daniel Graham . Well done to all the teams who put in tremendous effort both in the lead up to and on the night. You have done yourselves and Le Chéile proud. Táimid an- bhrodúil asaibh agus go raibh míle maith agaibh go léir ! 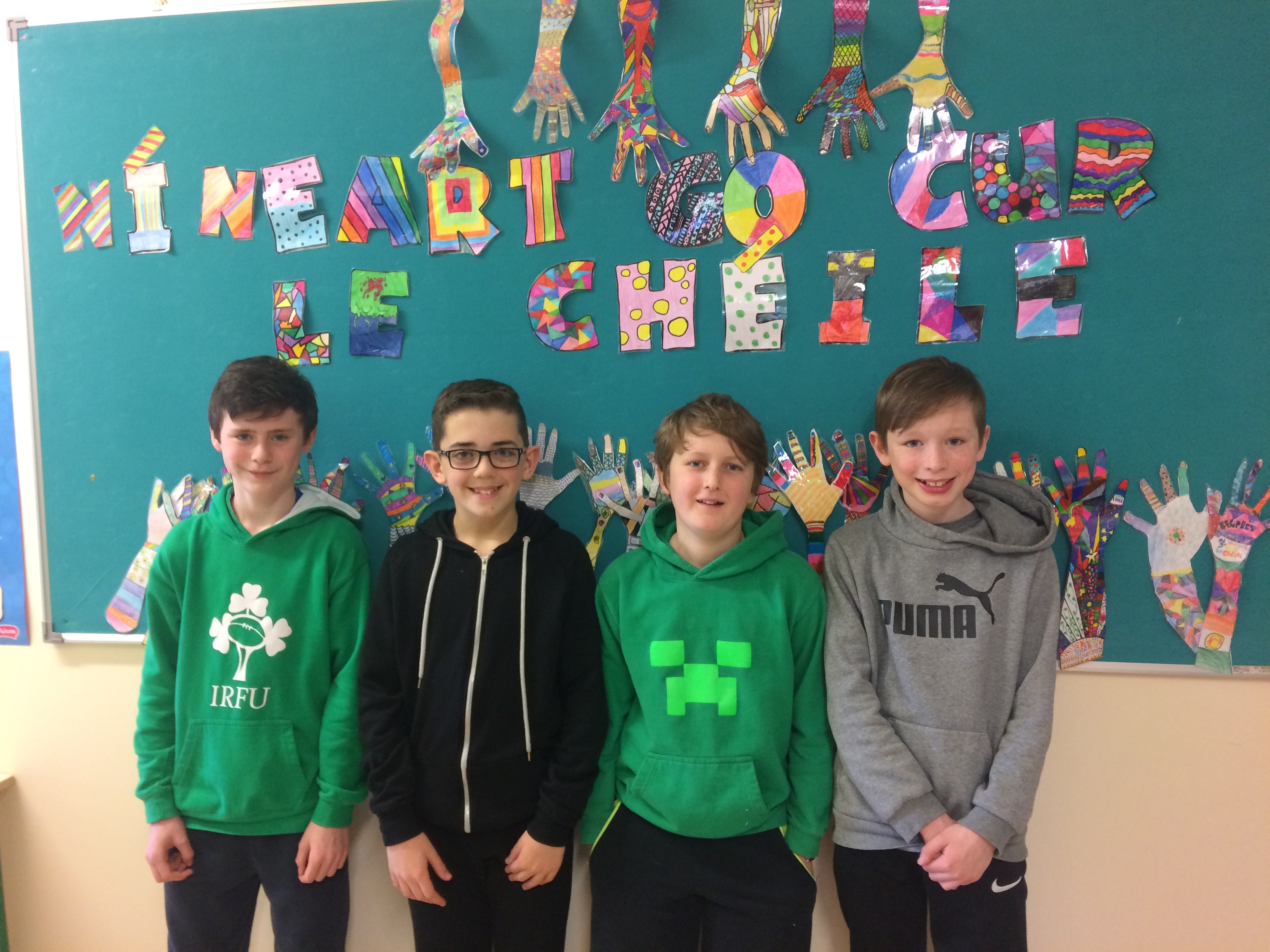 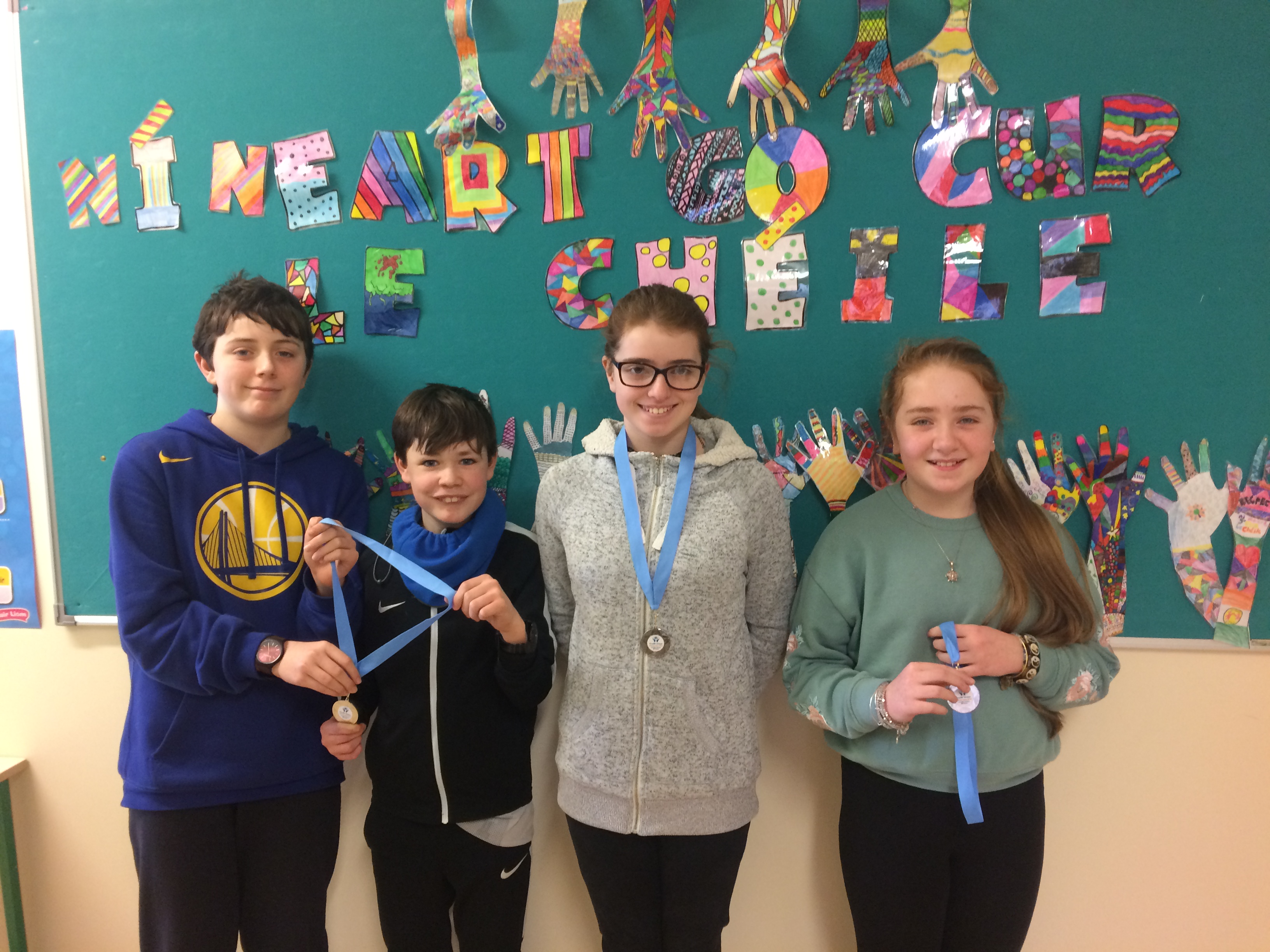 Our first term in 4th Class Second Class are Busy!